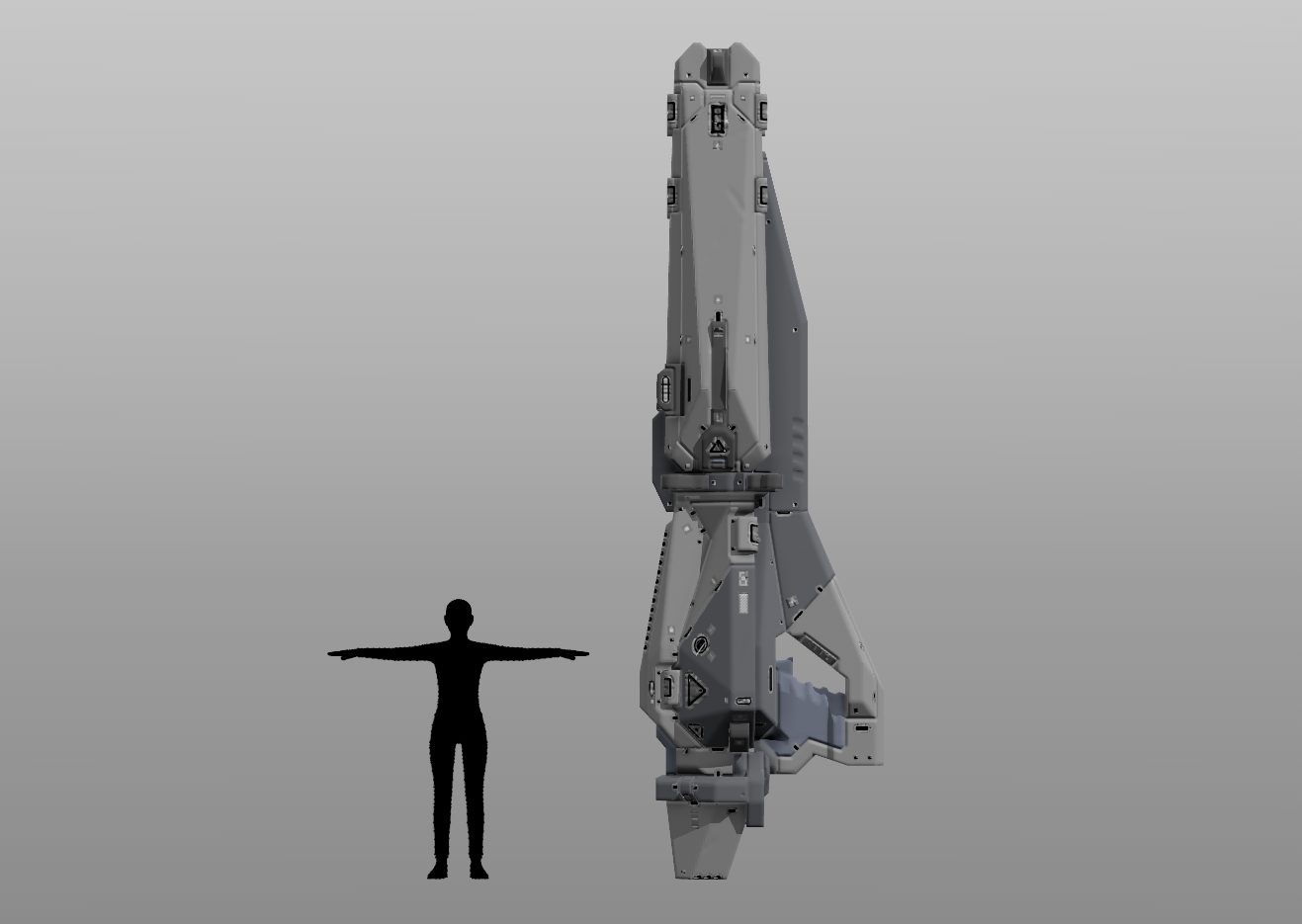 In recent months, we’ve added a plethora of new weapon types that add strategic depth and aesthetic variety. Even as the bullets fly, plasma rounds the hills and laser beams tear through rows of buildings, time will stand still while you make decisions about your next turn.

Our 3D artist, Pavel Efimov, is in charge of designing new weapons in ways that convey their function while looking cool as hell. This developer blog explores his progress while he was designing the railgun weapon set.

Pavel starts a new weapon design by asking himself some questions. First, we need to decide what kind of weapon it is. Is it a firearm, an energy weapon, or something else entirely? What kind of projectiles does it fire? Which manufacturer made the weapon?


The essential element of a railgun is how it fires. A long projectile sits between two charged rails that generate a magnetic field to launch it as a piercing round. From a gameplay perspective, our railguns lean on the piercing aspect to shoot through buildings, terrain and enemy mechs.

We wanted to include two different kinds of railguns manufactured by the same company: one that would act like a marksman’s rifle, capable of hitting distant targets with high precision, and another that is more akin to a shotgun, firing short distance rounds with a wide spray.

Most pieces of equipment are manufactured by companies that specialize in mech technology. Each one has a short backstory and a specific visual design language true to their brand. So the challenge is to design a cohesive style for the weapon type and manufacturer while differentiating specific models that convey each individual weapon’s purpose.

Pavel starts the design stage by exploring concepts and iterating on the general shape of the weapon.

Each weapon model starts as an assortment of individual geometric pieces. In the above GIF, you can see how those pieces are modified and combined in different iterations. Sometimes, he sketches some quick isolated ideas on paper before incorporating them into a full 3D model.

Pavel kept the railgun’s long piercing projectiles in mind for the weapon’s shape. It’s stretched and angular model converges as a pointy tip towards the end of the barrel.

Pavel does all of his modelling in Modo, a program with several helpful tools that help him create interesting shapes. He can treat polygons like a kind of digital clay.

Since each weapon is as big as heavy machinery, that’s where Pavel tries to find his inspiration. Mechs in Phantom Brigade stand at an imposing 25ft (7.6m) tall, taller than many two-story homes! Instead of looking at weapons that exist in our world, he and our art director, Artyom Zuev, have moodboards filled with pictures of industrial parts, equipment, and tools. 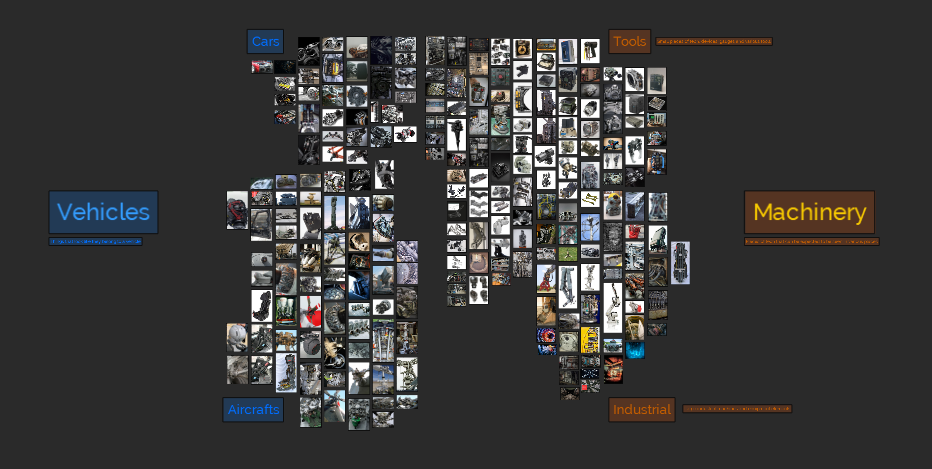 The general purpose of the moodboard is to get inspired by the mechanical functionality of industrial parts and equipment. Some of those elements end up going into the weapon designs.

One of the final steps of the design process is splitting a weapon into modules – sections such as the handle, frame and barrel.

Every module is designed so it can fit with others without major visual problems. It’s a challenging task, but Pavel aims to maintain visual cohesion across as many unique configurations as possible. A few of those are added to the game as the initial variants but if more are needed, our game designers are free to combine the weapon modules in any way they please.

Since he starts his designs in polygonal 3D, he’s already working on what will eventually go into the game. He can move forward as soon as he’s happy with his design iterations.

The final step is to add the finer details to the models. Since all items equipped by mechs are so large, they aren’t manufactured like real world equipment. Each one is made up of massive panels which house all sorts of functional machinery inside. Can you imagine standing next to that railgun?

Because each weapon is composed of huge pieces, Pavel adds elements like panelling details, connection points and hints of functional parts beneath the surface. Hatches, rivets and bolts suggest how the whole thing was put together.

These details are added using decals, flat geometric visual elements, on top of the model’s surface. The decals are pre-made and shared across every piece of equipment in the game for cohesion and efficiency.

If Phantom Brigade mech equipment was made with our present technology, it would probably require even more connection points and rivets. But since the in-game camera is usually quite far away, that amount of detailing would be pretty noisy. It’s a balance between realism and aesthetics.

While this describes Pavel’s process in a step-by-step structure, the actual production is often non-linear, especially at the design stage. Sometimes he’ll make a lot of progress only to realize that an idea doesn’t work. Certain issues are hard to visualize before a model gets put in game. Does it fit with all armor parts? Do the proportions look right? As any designer can attest to, most iterations end up on the cutting room floor.

Sometimes progress goes smoothly but at other times it can stagnate. It’s normal to get stuck for a couple of days when trying to find the right balance between a weapon’s purpose, aesthetic and modular cohesion. The whole process is a complex puzzle to meet the questions that pull the design in disparate directions.

Despite that struggle, it eventually comes together and always feels magical to see players enjoy the final product!