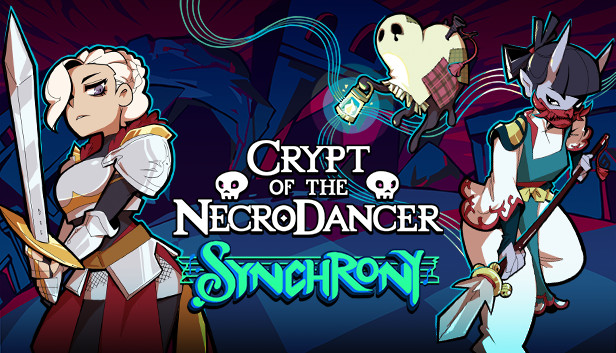 That’s right everyone, the Crypt has been silent for 5 years, but now the NecroDancer is back from the dead with a huge new DLC! SYNCHRONY adds online multiplayer (co-op and vs), three new characters, full mod support (& built-in mod portal), new items, enemies, & more! Let’s take a look!

Stay tuned for more enemies to come during Early Access!

Alongside a few quality-of-life changes, many of these tweaks are aimed at improving the game’s balance for speedrun and races, while not affecting casual runs too significantly. All of these changes take effect when the Synchrony DLC is enabled:

Throughout Early Access, we intend to make further adjustments and changes to these tweaks based on your feedback! We look forward to hearing your thoughts on these changes!

The following Quirks that were retained for compatibility with previous versions are now fixed when the Synchrony DLC is enabled:

General changes for all versions