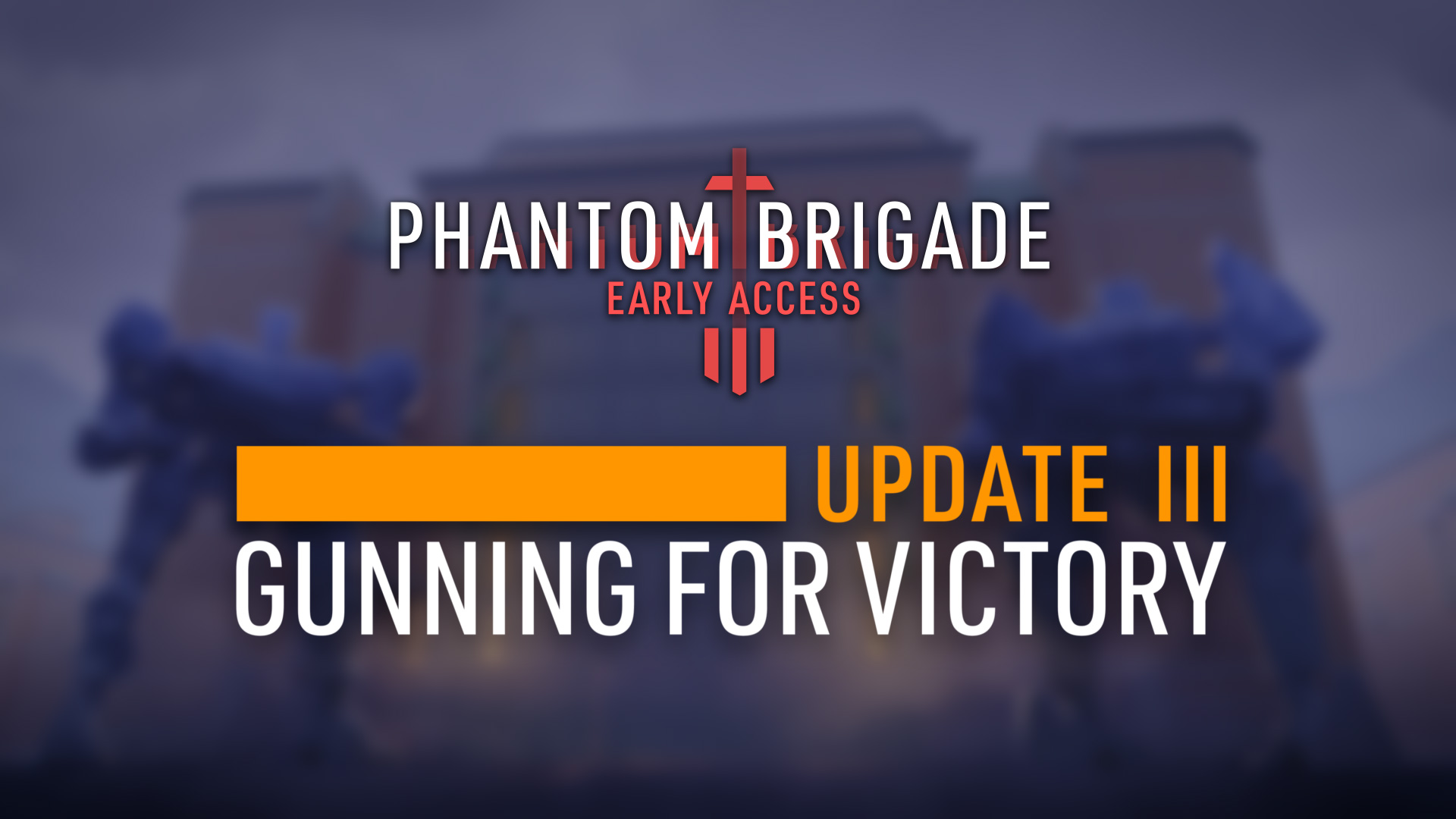 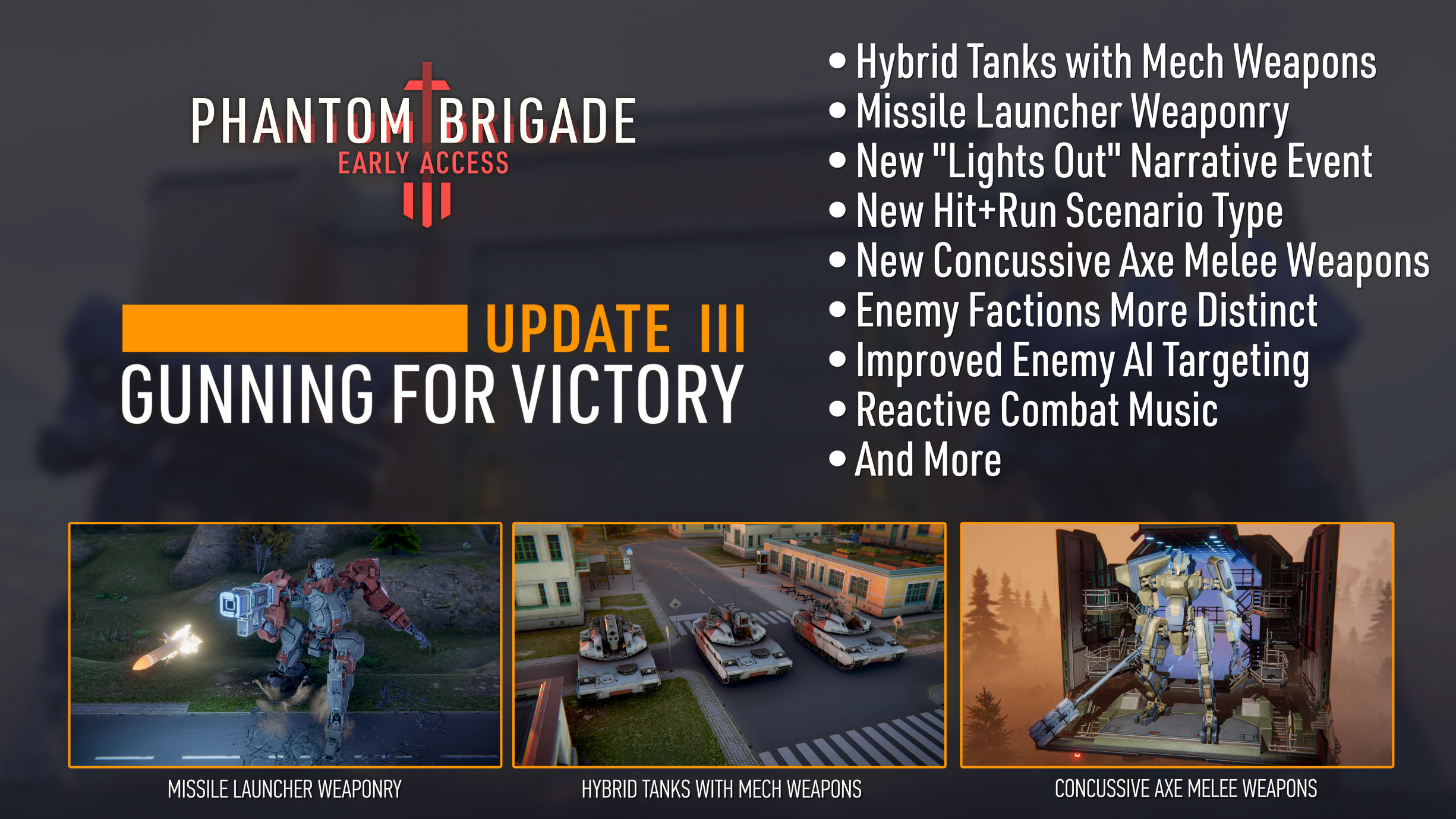 Phantom Brigade is in Early Access, which means we are actively updating and adding new content based on our roadmap and your wonderful feedback. We update Phantom Brigade on the third Tuesday of every month. You can expect the next major update on Tuesday, March 16th. See the full patch notes here!