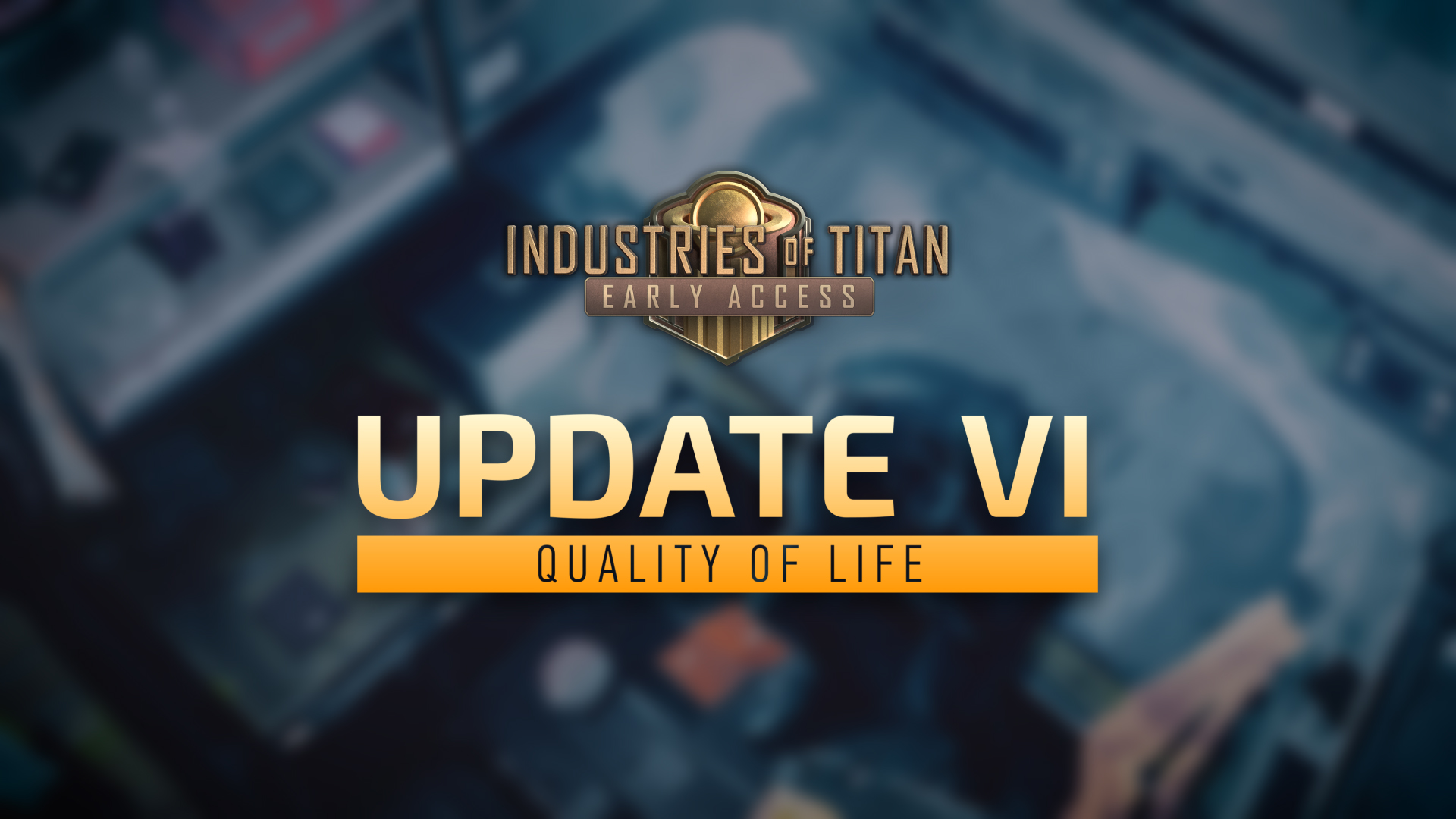 With update 5, we officially have all the content from our previous demos in Industries of Titan. We’re now six months in, and we can’t believe how fast time has flown by.

The road going forward is uncharted. One of the reasons we decided to release Industries of Titan in Early Access was because we wanted to have a closer relationship with players throughout development. We’ve been trying to do our best to balance transparency and the element of surprise, and we hope we’ve been successful on that front! For the past half year, we’ve been listening and implementing as much feedback as we can (?). This month and the next month we’re implementing more significant community requests.

Thank you to everyone who has been on this journey with us so far! We can’t wait to venture into never before seen Titan territory with you going forward.

Industries of Titan is in Early Access, which means we are actively updating and adding new content based on our roadmap and your wonderful feedback. You can expect the next major update on Tuesday, December 1st. We’re implementing even more community Quality of Life features next month while we work on getting population simulation for the new year. See the full patch notes below!

A big change we’ve been working on behind the scenes: we’ve completely refactored the storage system! This was a huge undertaking but it was certainly worth it. This system will help us detect any remaining issues, so if you see a resource discrepancy please report it as usual.

? Can’t keep up with your city’s happenings? The Event Log will solve that problem.

Get ready to be blown away with a new pollution solution: the Industrial Fan

? The feature you’ve all been waiting for! Call to Arms is finally here.

The Council is Pleased