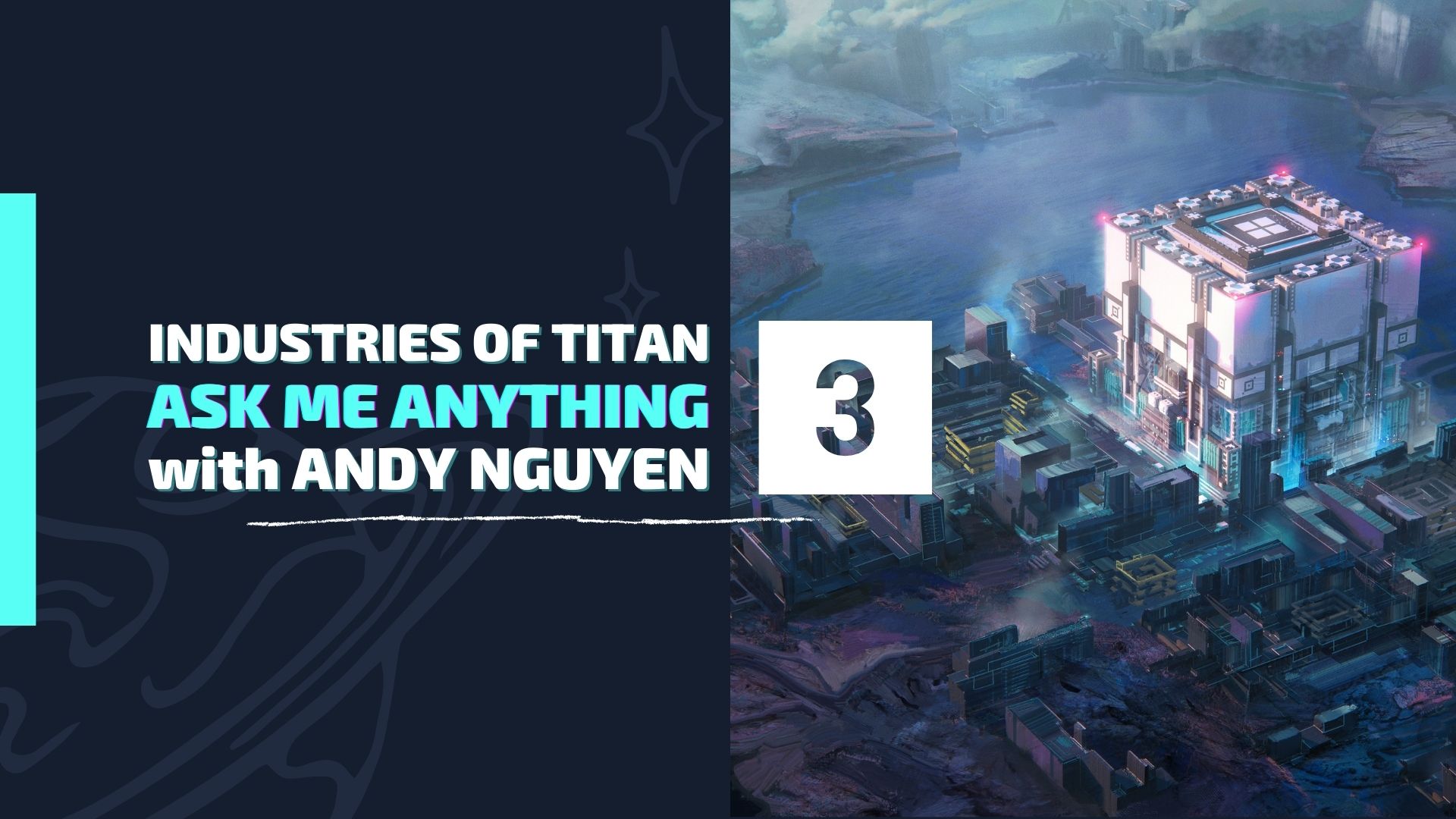 For the last few Fridays, Industries of Titan’s Lead Designer, Andy Nguyen, has joined players in our Discord to answer all your community questions! Our last AMA of the year is Friday, December 18. If you have questions of your own, go ahead and leave them in the #titan-ama channel!

The dates of these AMAs were November 27, and December 4, 2020. Click HERE to read the previous AMA!

What are you currently working on (most)?

We are currently working on our first iteration of Population Simulation. We are calling it PopSim 1.0. There will be many more improvements to this system over time.

What exactly is population sim?

Bit of a long answer incoming! Currently, Citizens go towards the nearest Habitat Pod and do nothing but idle around until they find a Job. They then work that job 24/7.  This is going to change.

In the Population Simulation Update, Citizens will pick a residential building based on the Quality of Livability.  If you have multiple available homes, and some are more polluted than others, the Citizens will choose to reside in the more hospitable buildings.  There will be other factors that affect how a Citizen evaluates a home.

Knowing where Citizens live is important, because Jobs are now going to be evaluated.  Citizens won’t just take any job anymore, but they will choose jobs based on commute time and quality of the job location.

Additionally, Citizens will now respect the Day/Night Cycle.  They will work during the day, relax during the evening, and sleep at night.

This will affect how you’ve come to understand credit income, since Citizens will only generate income for 1/3 of your day.  Don’t worry, it will be rebalanced to make sure you don’t have 1/3 less income.

All of this will be visualized in the city.  You will finally see a hustling and bustling metropolis as your city continues to grow.

Part of this milestone is also refactoring how Population works in the code, so we can support massive numbers of Citizens. Instead of cities of 100-200 Pop, you’ll be able to support thousands of Population.

In a future update, you’ll have to manage Citizen happiness, hunger, etc.

Does that mean there will be something like 3 work shifts?

The shifts will not rotate, but will happen all concurrently across all Citizens.

Yes, just one shift.  There is a reason for this in the long term. Some buildings will operate during certain shifts.

Will these all be large buildings that provide the services for PopSim or modules like in the factories?

What will the Tech Tree look like? Will it be just a typical tech tree like in other games or will it be more unique and if yes in what way?

The tech tree will not be a typical branching tech tree. Our intended design is designed to increase replayability, variety, and also support adding more technologies over the course of development.

Will the mine be more complex in the future? Like an enhanced underground gameplay?

No, we do not have plans for changing the mine in this way. However, we will be improving how workers empty the mine.

Will there be different storage types for resources?

As we introduce new storage types, there will be different types of containers for them.  This is to reduce the burden of sorting multiple filters within a single container.

Will there be more Truck types who are specialized in transporting certain resources or will we have just one version of it for all resources and products?

We are planning only on 1 Truck type for now, however we have intentions for Citizen vehicles for the Population Simulation at some point.

Will there be biomes with forest etc. under domes to have a bit more nature in this cyber environment?

Titan has no remnants of any organic life, not that we can immediately see. Trees and nature are nowhere to be seen, and this is part of the mystery that will be explored as time passes.

Ah, the question was actually on if we’ll be able to construct a dome with nature inside (forest, water, whatever)!

We have plans for a Farm building, where players can grow food for their Citizens. Parks will use holograms to replicate the appearance of Trees.

How many different energy producing buildings will we have?

What movies/comics/music etc. inspired you when you defined the design and the spirit of the game ?

A lot of the creative direction for the world comes from the artists and their work.  The worldbuilding is inspired by movies like Blade Runner and Metropolis, but also heavily inspired by a lot of anime like Akira, Ghost in the Shell, Cowboy Bebop.  The Science Fiction is inspired by stories like Dune, The Expanse, Battlestar Galactica.

What plans for the game got scrapped?

One thing that never made it past our very early concept phase was after ships exploded, survivors of the ship would jettison from them and land on the surface and resume combat on the ground via guns.  This meant you would have military forces on the ground.  This had to be cut because it was expanding the scope of the game into crazy territory.  I still think it’s a cool idea though

Right now we are focusing on sandbox gameplay, but you will have goals that you can choose to move towards.  One of your goals might be to make the Council happy, but conversely, you might make it a goal to make them mad.  Currently there aren’t many goals in the game, and it is something we are hoping to add more to during development.

Are you proud of what you’ve done so far? (the game itself, how people like it, how you manage to make it…)

100%. This is one of the most incredible games I’ve ever worked on, and we are really lucky to have such a strong team making it.  We have a vision for the future and it has so many cool features we want to show you.  I think the future of the game is promising.

Will Industries of Titan go to Steam as a full version release (in other words it will be finished to this point) or will it be still early access?

I think it is a bit too soon to discuss these details, but whether we launch on Steam in EA or 1.0, we will continue to support the game as we currently have been.

Not a question, I just want to say thank you a lot for what you did, will do, and the time you spent with us (just a random lonely guy in the world)

Thank you! Your support means a lot to us! <3