That’s right. Ship just got really real. With Update 5, Ship Just Got Real, we’ve reached the end of this combat milestone. Construct a hull, place your own ship devices, and witness an all new launch sequence from your shipyard! This won’t be the last combat update, but we’re going to shake things up a little over the next few months.

Industries of Titan is in Early Access, which means we are actively updating and adding new content based on our roadmap and your wonderful feedback. You can expect the next major update on Tuesday, November 3rd. We’ll be digging into a lot of community requested quality of life features next month, and adding in a brand new building. See the full patch notes below! 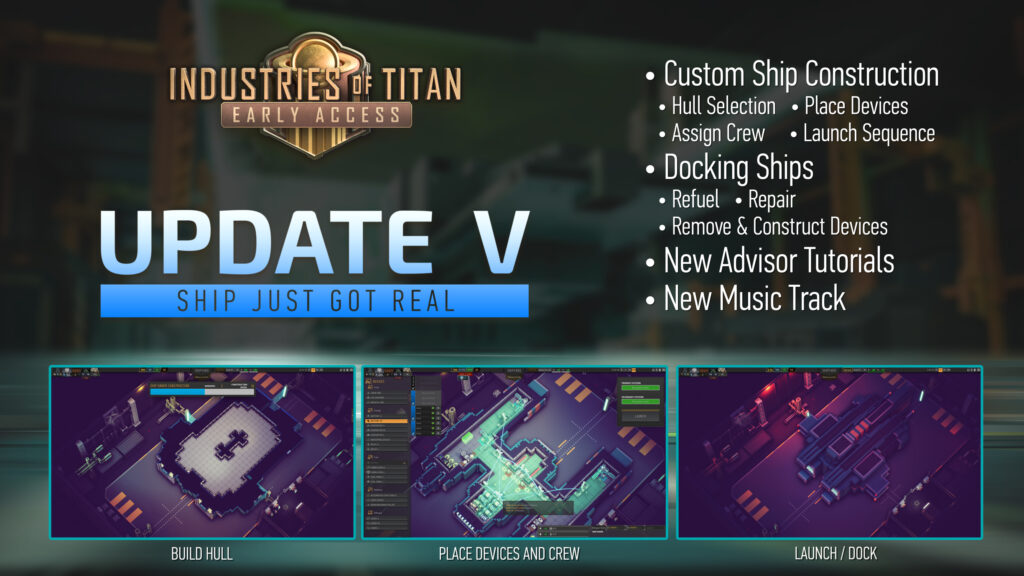 You’ve played with the Council’s pre-laid out ships already, mastering ship to ship combat very quickly. But do you have what it takes to design your own ships and win?