Industries of Titan is in Early Access, which means we are actively updating and adding new content based on our roadmap and your wonderful feedback. You can expect the next major update on Tuesday, March 2nd. Update 9 will introduce another new layer of gameplay: Factories! See the full patch notes below. 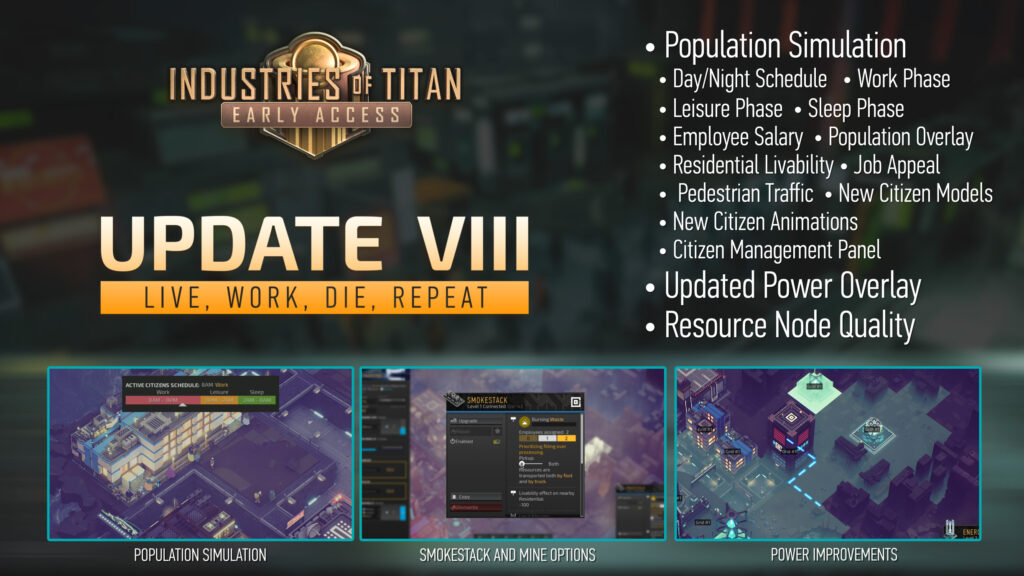 The streets are alive with Citizens! Population Simulation 1.0 is finally here

Have you been looking for a way to spend those credits? Get ready, because your Employees are tired of working for free (and they want backpay! Just kidding)

Call me, beep me if you want to reach me (Tutorial Updates)

The more you mine…

A HUGE balance pass! Details below:

If you’re coming from Experimental, here are some of the fixes to expect: