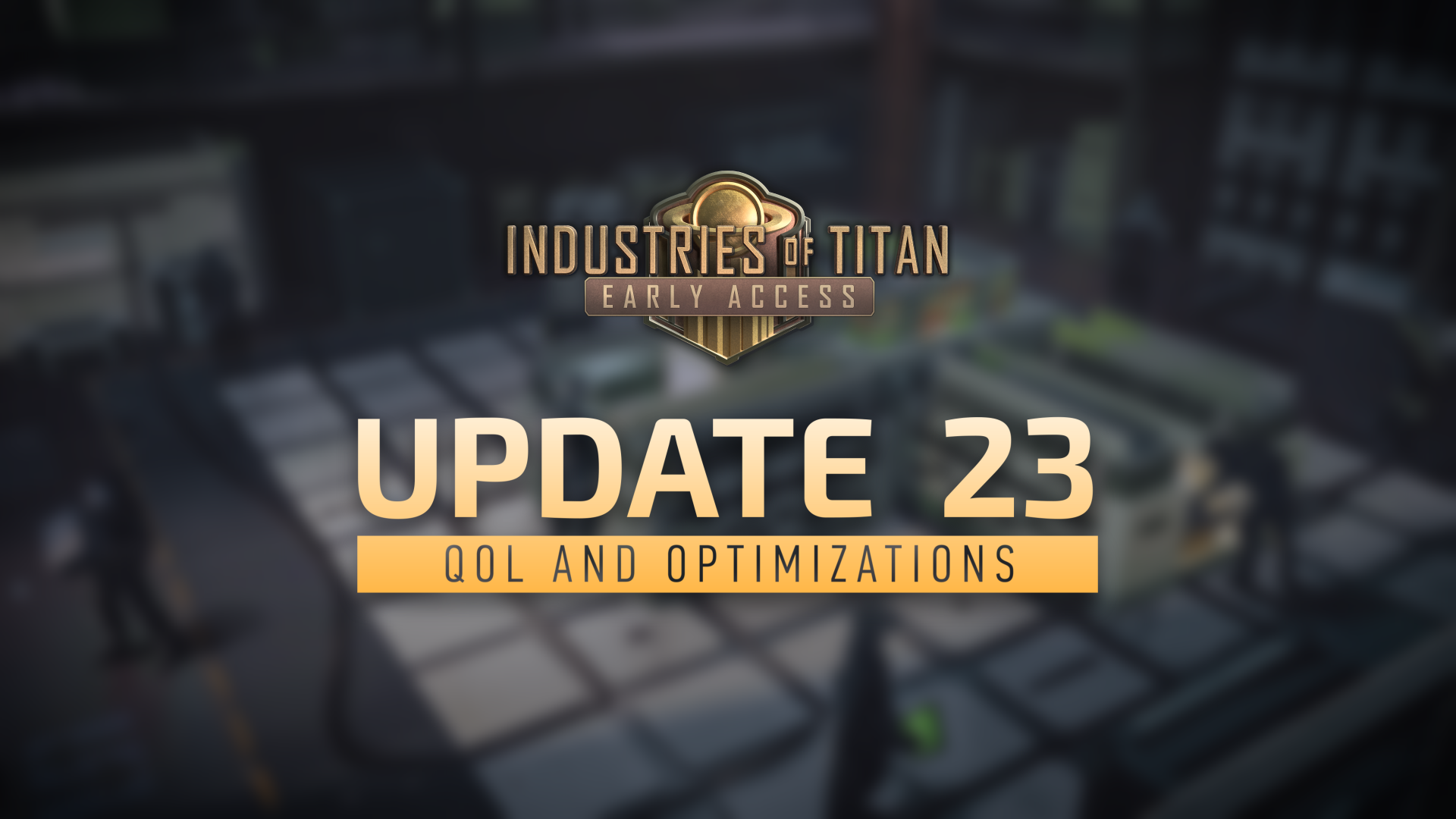 PEAK PERFORMANCE: Lots of quality-of-life improvements and optimizations!
AS ALL THINGS SHOULD BE: Balance changes to combat, buildings, and more!

Industries of Titan is in Early Access, which means we are actively updating and adding new content based on our roadmap and your wonderful feedback. You can expect the next Titan Tuesday on July 5th.